How can the heating capacity of a car be calculated with the help of simulation? Why is this interesting for electric cars that suffer from a loss of range in winter? We show you how to determine the heating power under various boundary conditions using a physical vehicle cabin model. 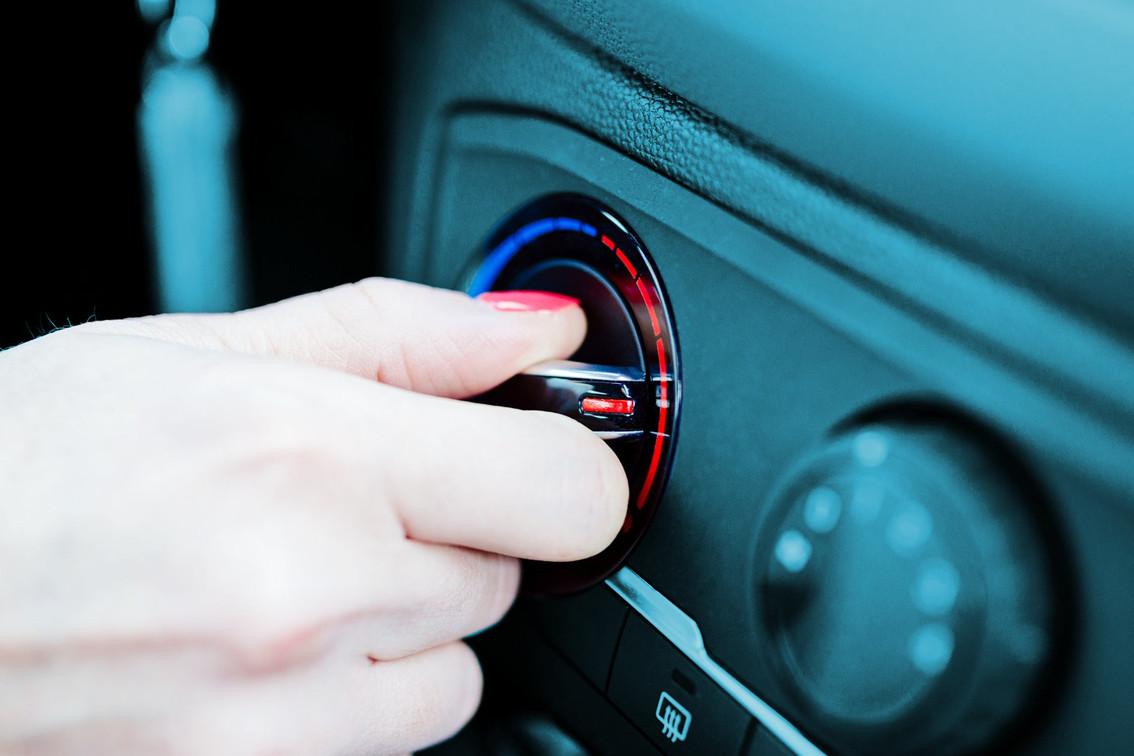 Why do electric cars lose range in winter? In electric cars, the waste heat from the combustion engine cannot be used to heat the interior, as is the case with conventional cars. Instead, electrical energy is drawn from the drive battery to provide the necessary heating power. This leads to a loss of range of up to 50% in some cases at low outside temperatures. In order not to have to cover this heating energy demand via the drive battery, we are pursuing the idea of installing an additional latent heat storage system for heating an electric bus in cooperation with partners from industry and research in the LatHe.GO project. But how big does such a storage unit have to be in order to cover the heat energy demand? To be able to answer this question, we first calculated the heating demand by means of simulation under various stationary boundary conditions. The physical background and our procedure are explained in this blog article.

Heat transport: Physical model of a vehicle cabin in Modelica

First we analyse the individual physical aspects of heat transport and then combine them into an overall model of the vehicle cabin.

The perception of comfort depends on the air temperature and humidity as well as on the surface temperatures of the surrounding surfaces (thermal radiation). To determine comfort, all these variables must therefore be determined in the model.

In addition to the air (temperature, humidity, wind speed), solar radiation also affects the vehicle cabin from the outside. The interaction of the environment with the vehicle takes place via 3 mechanisms:

In air exchange, a distinction must be made between uncontrolled infiltration through gaps and leaks and controlled air exchange via the ventilation system. The calculation is based on the mass flow multiplied by the enthalpy difference between indoor and outdoor air. The enthalpies can be easily calculated by the temperature and humidity of the air. Often, however, the mass flow is not or only inaccurately known. In the technical literature, air exchange rates are found close to 0 and up to 75/h. This can be explained by the dependence of the infiltration on the driving speed as well as the immense influence of the user (window and door openings, adjustment of the ventilation system). This large variation leads to an equally large uncertainty in the energy balance. For a calculation of the heat demand, the air exchange should therefore be estimated as well as possible by making plausible assumptions.

The difference in temperature between indoor and outdoor air leads to heat transfer through doors, roof, and windows. Mathematically, the heat conduction for each layer of the component is described by a series connection of resistors and heat capacities. The material parameters, surfaces and thicknesses are often sufficiently well-known so that no major uncertainties are introduced into the model. Only the heat transfers on the inside and outside are more difficult to determine as they depend on air motion and thus on the driving situation.

The solar radiation on the outer surfaces of the vehicle can be divided into direct and diffuse (direction-independent) radiation. The radiation intensity can vary greatly (from 0 at night to over 1000 W/m² in bright blue skies) and the direct radiation is also dependent on the position of the sun and the orientation of the vehicle.

A distinction must be made between opaque and transparent exterior surfaces of the vehicle. Opaque surfaces reflect part of the radiation and absorb the other part. The outer surface heats up as a result and then releases its heat via heat conduction into the interior or via convection into the ambient air. Reflection and absorption also take place at the windows (analogous to opaque surfaces). However, part of the radiation is also transmitted into the interior and hits the surfaces there (e.g. the seats). There the radiation is largely absorbed and heats up the inner surfaces, which in turn emit thermal radiation. This re-emitted heat radiation is however rather long-waved and can hardly be transmitted through the windows to the outside (greenhouse effect). Strictly speaking, viewing factors would have to be used for the radiation exchange between the inner surfaces. But often it is sufficient to calculate the radiation exchange simply proportional to the surface of the component (independent of angle and shading by other surfaces). However, in this case it is not possible to determine the heating of the dashboard in the midday sun.

Finally, the persons in the vehicle must be considered. In many cases, a constant source term for heat in the energy balance and water (transpiration) in the mass balance is used for this purpose.

The overall model of the vehicle cabin is now obtained by setting up the above-mentioned equations for all surfaces and components and linking them together. 😉

The screenshot from the Cabin Add-on of our TIL library shows how such a vehicle cabin model can look like. Due to the object-oriented structure of Modelica, the corresponding wall and window elements only need to be declared once and can then be reused with different parameterization. In this way a complete system with several thousand equations can be set up efficiently and reliably.

By taking into account the heat capacities of the components and the interior air, both stationary and dynamic issues can be simulated with the model.

In the context of our research project LatHe.GO, we calculated the stationary heating capacity of an electric minibus for different weather and operating conditions and used it for the design of a latent heat storage system.To determine the heat energy demand in kWh, the steady-state heating capacity can simply be multiplied by the driving hours. Depending on the boundary conditions, conclusions can be drawn about the dimensioning of the storage system.Since only a vehicle prototype and no measurement data were available at the beginning of the project, simulation was the only way to obtain a realistic estimate of the heating energy demand. 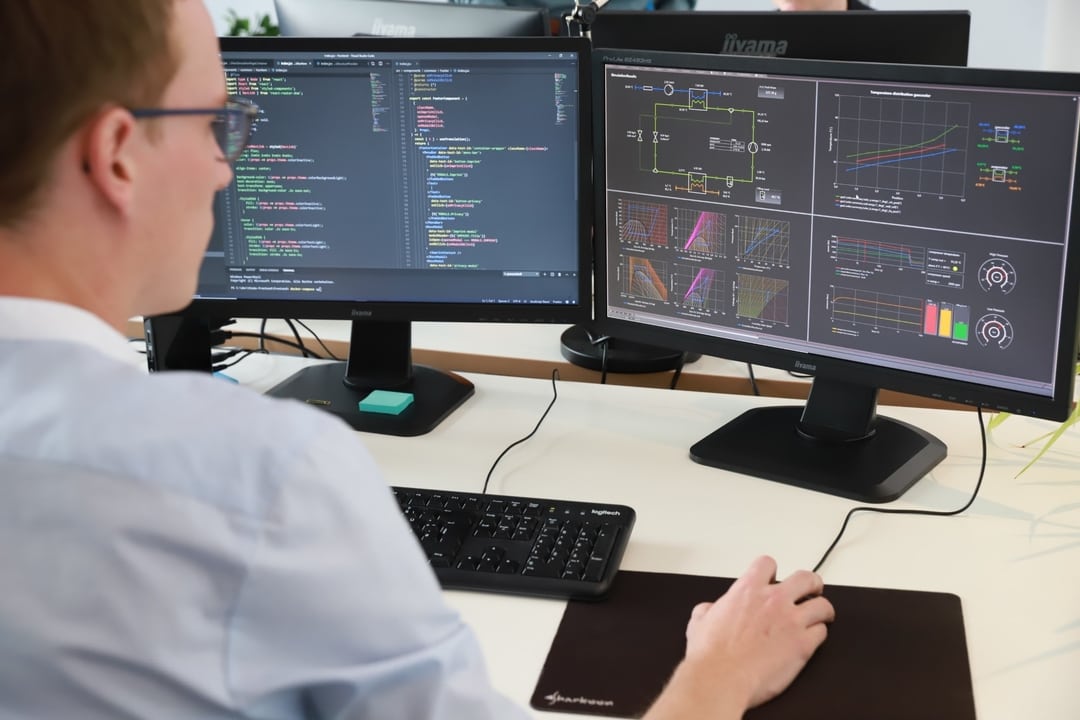 Results of the heating load calculation: Simulation for 3 stationary scenarios

As an example, we show the result for three weather conditions. For all scenarios we assumed 6 passengers, 50% humidity and an air exchange rate of 10/h at an inside temperature of 20°C. The results for the three weather conditions show that the demand depends strongly on the external conditions. However, it can also be seen that quite different weather conditions can lead to a similar heat demand. These are only a few aspects here and for a more in-depth discussion one would have to consider further parameter variations. In another blog article you can learn more about the extensive parameter study with Modelica and Python with tens of thousands of simulations.

In addition to the steady-state aspects, there are also many dynamic aspects that can be evaluated and analyzed with the help of steady-state and dynamic simulation. Numerous situations in traffic lead to dynamic load changes. Think, for example, of a tunnel passage or a large cloud that significantly reduces solar radiation. In addition, people can get on or off the vehicle. All these factors (solar radiation, increased air exchange when doors are open, heat emission of people) have an impact on the indoor air and may require an adjustment of the air conditioning. The heating up behavior of the vehicle cabin can also be investigated. Whether for the design of an auxiliary heating system or to optimize the automatic start-stop system of the engine.

This list could probably be supplemented and discussed at will. But I would like to leave it at that in this article and hope to have given you a first overview of the physics of vehicle cabins.

Dr.-Ing. Franz Lanzerath received his doctorate at the Institute of Technical Thermodynamics at RWTH Aachen University. Since 2007 he has been intensively engaged in the model-based development of thermal systems. One of his main interests is the interface between model and experiment, i.e. model calibration and validation. At TLK Energy he is responsible for the transfer of the latest scientific methods and findings into industrial practice. 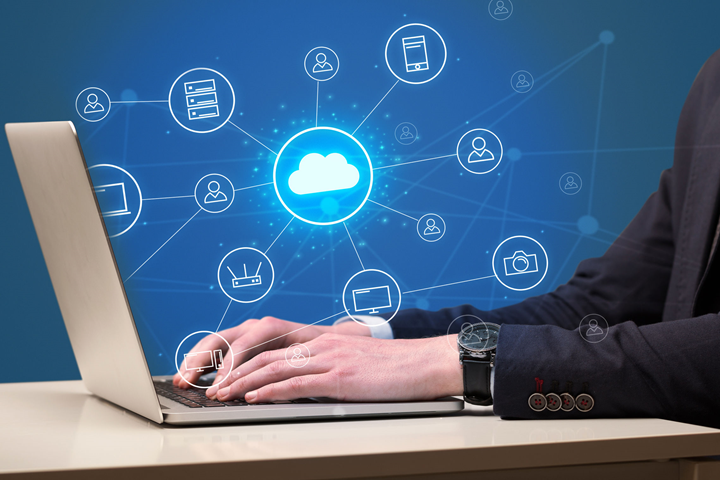 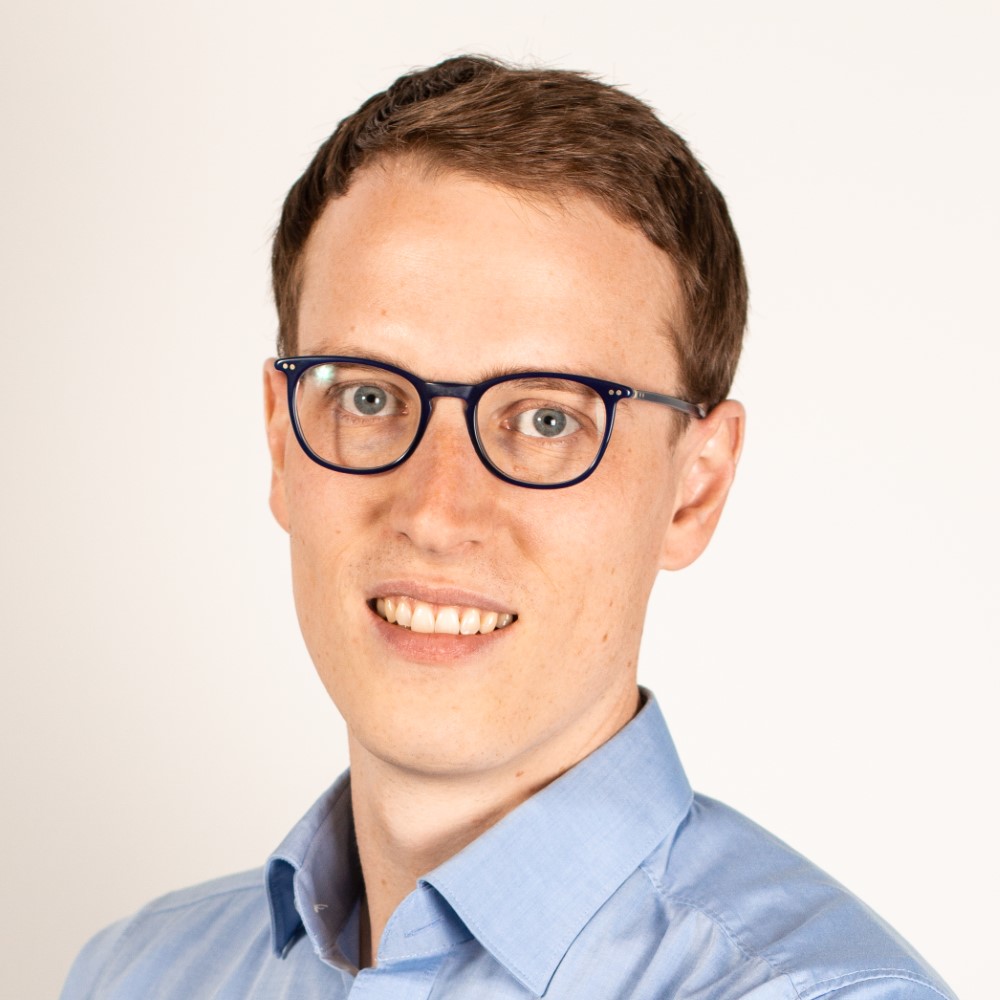 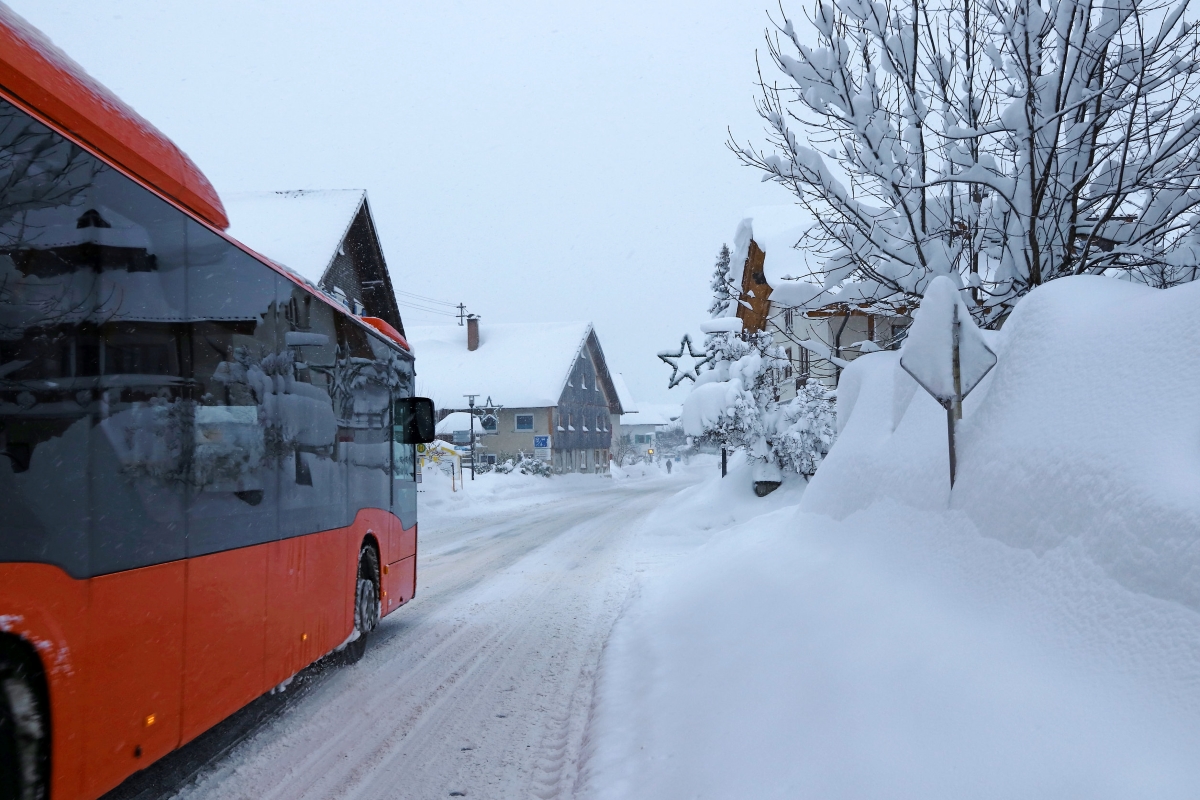